Importing an image into CC3D and creating Cells

If you have created a cell layout using a drawing tool (like PowerPoint, or Paint or ....) and you would like to import that image into CC3D and create a cell field based on the image, here is how you do it.

The goal of this CC3D project is to;

By default, the Python installed with CC3D does not include the Python Image Library (PIL) so you will have to install it. To do that:

Here is how you do it, it has a couple steps, but isn't too difficult. (This is written for CompuCell3D 4.x and Python 3.x) 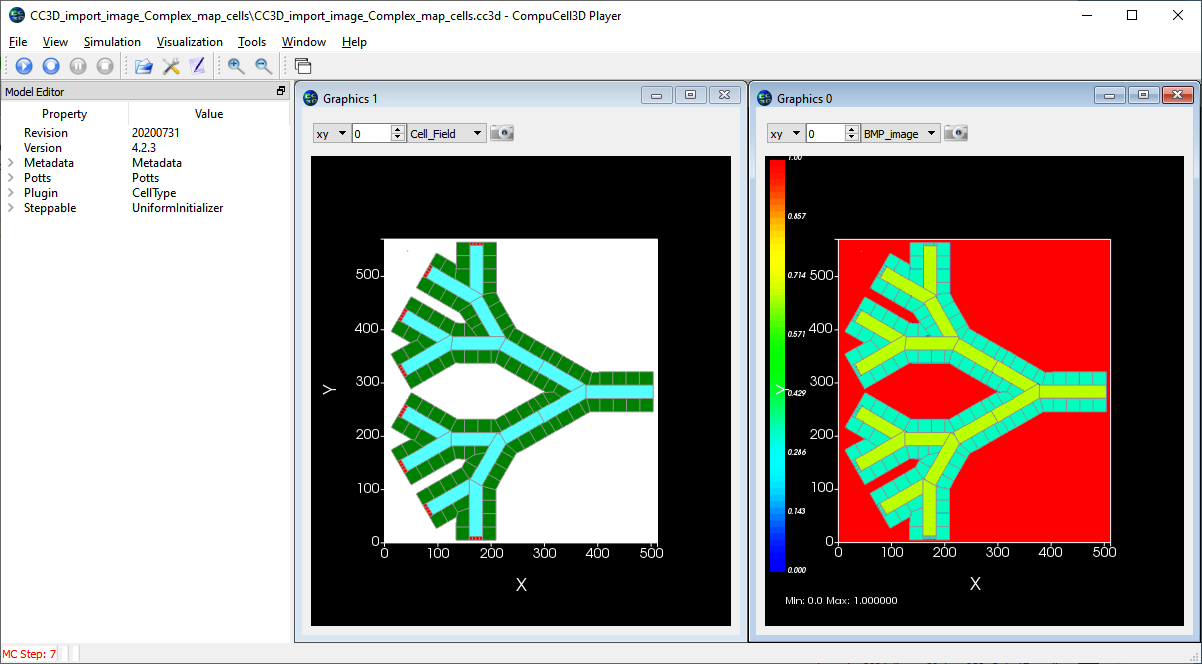 By default, the CC3D projects is setup to convert the file named "8_4_2_1_verysmall.bmp", which is in the zip folder.